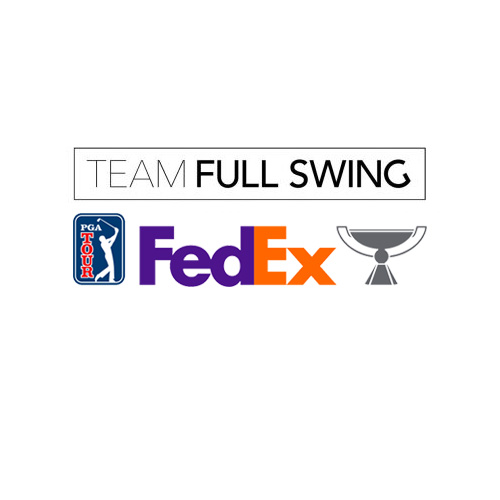 In a PGA TOUR season like no other, we have made it to the FedExCup Playoffs, as the top 125 players on the season-long FedEx Cup standings begin a 3 event playoff for the ultimate prize of $15 million at the TOUR Championship. As always, when it’s time for the biggest names in golf to come together, Team Full Swing is going to have a deep roster.  This year, Team Full Swing will be well represented by ambassadors Tiger Woods, Justin Rose, Jason Day, Gary Woodland, Brandt Snedeker and Jordan Spieth who all have installed Full Swing Simulators (and some Virtual Greens) in their homes.

Full Swing Simulators have been installed in the homes of the best players on The PGA TOUR for a reason, our Champion Proven Technology that provides real ball flight with no delay. Few players are as prepared to head into the home stretch than Team Full Swing ambassadors who were able to continue working on their games at home, “It’s great to have an opportunity with my Full Swing Simulator to practice while still being at home with my family.” said Team Full Swing ambassador, Gary Woodland – 2019 U.S. Open Champion and from the man that everyone is waiting to see, Tiger Woods, he has been preparing on his simulator saying “Full Swing allows me to stay sharp on my weeks off.” It’s time to see all that hard work pay off as they begin the journey to Atlanta for The TOUR Championship.

The playoffs begin with THE NORTHERN TRUST at TPC Boston, a course that is being added to FULL SWING GOLF software this week so that subscribers can play the same course as the best in the world. The 125 players will be cut down to the top 70 as they head to Olympia Fields CC outside Chicago to play the BMW Championship and then finally it will be time for the top 30 players remaining to advance to the historic East Lake Golf Club in Atlanta. Full Swing ambassadors Jordan Spieth, Justin Rose and Brandt Snedeker have lifted the FedExCup before at East Lake but not quite as many as Full Swing’s most famous ambassador, Tiger Woods, who has won two times. We look forward to cheering them on at the FedExCup Playoffs with the rest of Team Full Swing to try raise it once again.