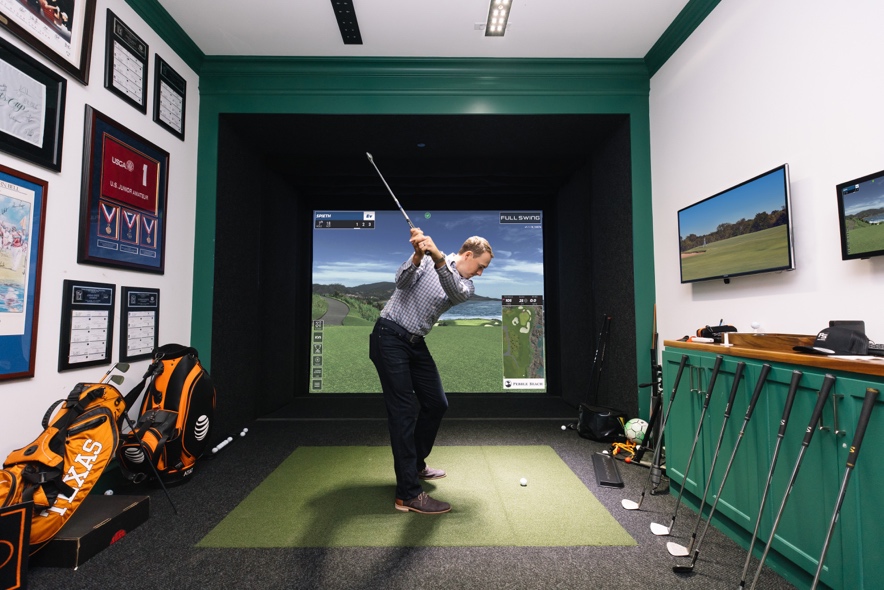 Jordan Spieth, who has had a Full Swing Simulator installed in his home since 2015, claimed his 13th PGA TOUR Victory yesterday at Harbour Town Golf Links to capture back-to-back Easter Sunday wins after the 2021 Valero Texas Open.

After years of working on his Full Swing simulator in his home, Spieth is able to approach every round with a sense of confidence due to knowing he has been able to put in the work beyond traditional range sessions.

“Full Swing is the closest thing to being out on the course,” said Spieth of his home simulator, “If I’m working on shaping a draw, on my simulator, I’m able to see it right away, I know what I’m doing correctly and the feeling I’m working on with my instructor.”

It was a great way to continue the month of April for Team Full Swing after Tiger Woods made his comeback at The Masters, bringing with him his Full Swing KIT launch monitor that he used for final preparation after months spent in his Full Swing Simulator at home.