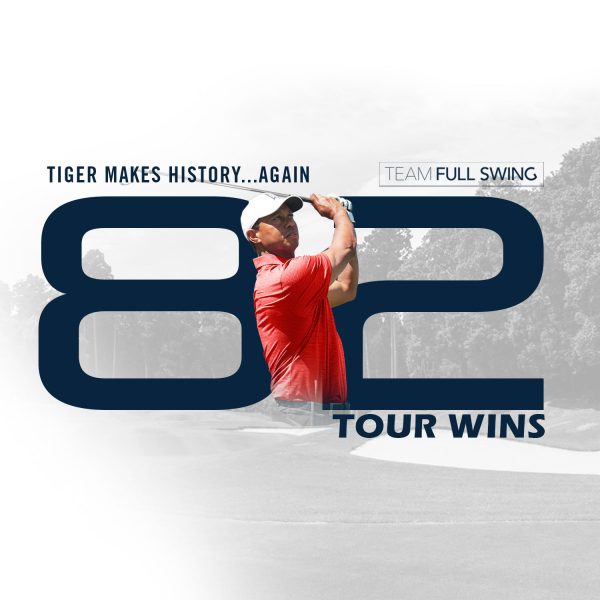 Tiger Woods has done it yet again! Woods has tied Sam Snead as the all-time winningest player with 82 PGA TOUR Wins.Tiger held off Japan’s Hideki Matsuyama in front of his home crowd and had golf fans around the world glued to their screens as they watched his historical victory.  His first start on The PGA TOUR’s 2019-20 season can only be described as a statement win and showed that his Masters victory was no fluke.

Leading up to this victory, Woods had been recovering from his latest knee surgery at his home in Jupiter, FL, where he has been using his Full Swing Pro Series Simulator to keep his game sharp and ready for his latest victory. Having installed his simulator in 2015, Woods has used his simulator consistently as a way to practice most efficiently as his career continued “Full Swing’s technology is impressive, as it allows me to shape my shots the way I want to. It just feels real,” he continued, “I use my simulator to practice every type of shot from tee to green. Rain or shine, day or night I can get my practice in.” This was then followed up by a video posted on his Instagram captioned “Progressing nicely”.

It has been a historic year for Woods, winning the 2019 Masters for his 15th major and now moving into a position of T-1 for all time PGA TOUR victories, Full Swing is proud to have been a part of Tiger’s journey. As the world looks forward to seeing Tiger tee it up again soon, we know his Full Swing Simulator will have him ready to play his best.