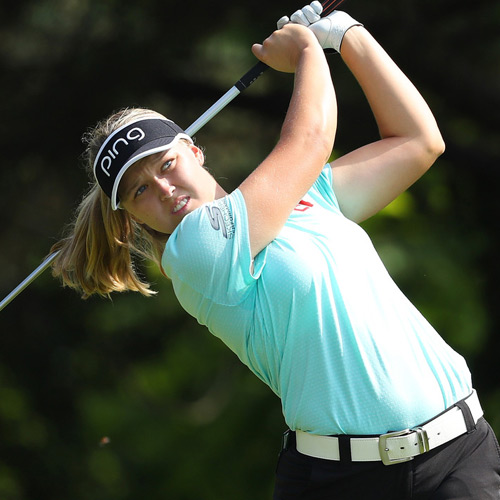 “As my career has elevated, so has my need to have the best training technology available,” said Henderson. “Full Swing’s accuracy and reliability are second to none and I know their products will help me as I prepare for golf’s biggest stages.”

Among her numerous amateur and professional accolades, Henderson represented Canada in the 2016 Olympic games in Rio De Janeiro and has amassed dozens of top-10 finishes on the LPGA. She reached #2 in the Rolex Rankings and remains a dominant force currently inside the Top-10 on the LPGA money list. Her first major win came at the 2016 KPMG Women’s PGA Championship, making her the youngest winner in the event’s storied history.

Henderson will utilize Full Swing’s Pro 2 simulator which includes their patented dual tracking technology, combining high-speed cameras and infrared light waves to provide unmatched swing data and real-time ball feedback. “We couldn’t be more excited to welcome Brooke to Team Full Swing,” said Jason Fierro, Full Swing’s Senior Vice President. “As our first female ambassador, she represents everything our brand stands for. She is competitive, outgoing, and loved by her international fan base.”

Henderson will support the brand through both an exclusive content and brand marketing initiatives. She joins Full Swing’s roster as their first LPGA ambassador, alongside other professional athletes including: Jordan Spieth, Tiger Woods, Steph.