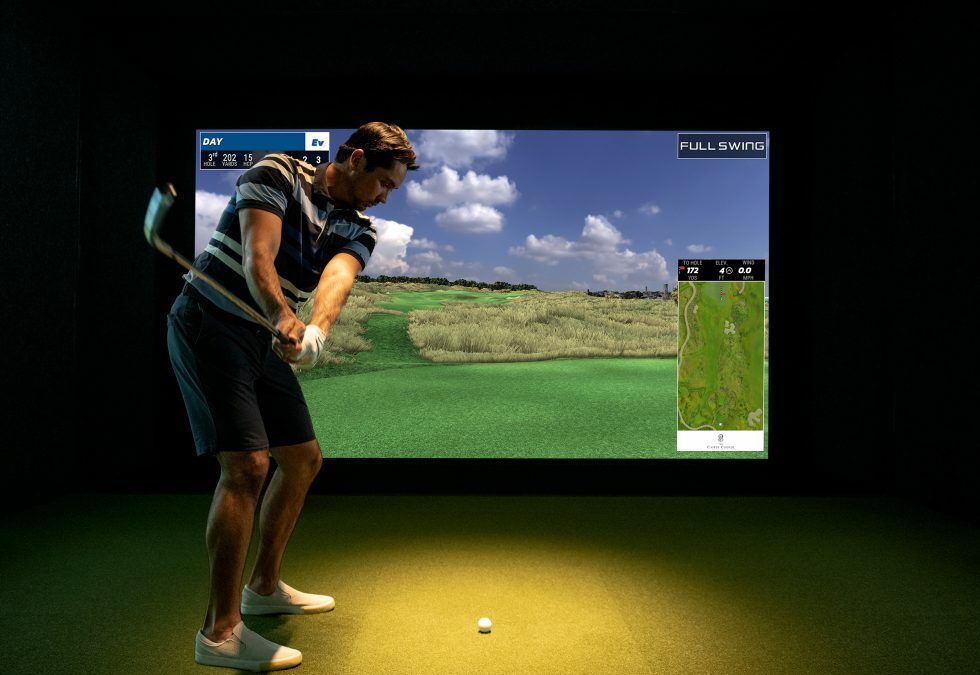 (San Diego, CA). – This past Sunday, Full Swing Ambassador Jason Day claimed his second win of the 2018 Season with a victory at the Wells Fargo Championship. Day, the 54-hole leader by two, closed with 2-under-par 69 to finish at 12 under and two clear of other contenders.

With a stated goal to return to No. 1 in the world, Jason’s two-stroke victory vaulted him to no. 2 in the season long standings and climbed to no. 7 in the Official World Golf Rankings. Day made birdies from 10 feet on the 16th and nearly dunked a 230-yard 7-iron on the 71st hole of the tournament for an ace. As it was, the shot hit the pin and came to stop three feet away. Day sank the birdie, played the tough final three holes at Quail Hollow in 2 under and waltzed to victory.

Despite not having his best in the final round, Day came through for his second win of the season, having also won the Farmers Insurance Open in January. Throughout the week, he relied on his impressive blend of power and touch. However, on Sunday, his mental game and putter came through where he finished second in the field in strokes gained: putting, taking 101 strokes on the greens for the week, and just 22 on Sunday.

With a full offseason to practice on his Full Swing Pro Series simulator and Virtual Green, Day has provided some early fireworks 2018, becoming the fourth multiple time winner this season after Patton Kizzire, Justin Thomas and Bubba Watson.

As a part of his partnership with Full Swing, Day will continue supporting the brand through various marketing initiatives and accompanies Full Swing Golf’s all-star roster of professional sports clients from the NFL, NBA and MLB. Specifically, he makes up part of the unprecedented team of global golf ambassadors including: Tiger Woods, Jordan Spieth, Padraig Harrington, Jim Furyk, Brandt Snedeker, Smylie Kaufman, and Cameron McCormick.