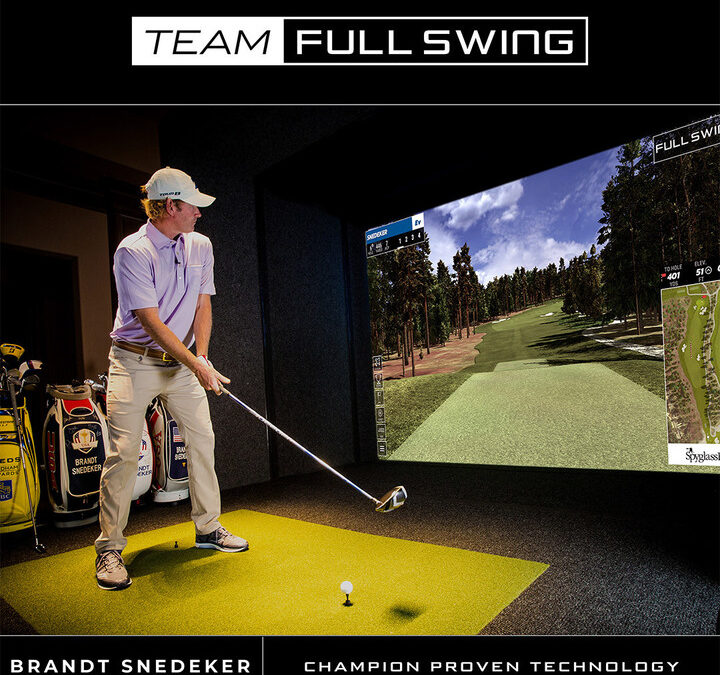 “Cam and Brandt have built their careers through an unparalleled commitment to performance, training, and an attention to detail that aligns well with our business, brand and culture.” said Ryan Dotters, CEO of Full Swing Golf. “Snedeker and McCormick have become some of the most established and recognizable figures in golf, and their passion and joy for playing the game is what we embrace at Full Swing.”

Since turning pro in 2004, Snedeker has become one of the most notable and successful American golfers in the world having made two successful appearances representing the United States in the Ryder Cup winning the FedEx Cup title in 2012. After earning his TOUR Card for the 2007 PGA TOUR Season, Snedeker garnered immediate attention after picking up his first career win at the Wyndham Championship and winning PGA TOUR Rookie of the Year honors in 2007. In 2013, following his win at the AT&T Pebble Beach Pro-Am, Snedeker reached a career high 4th in the Official World Golf Ranking.

“I am thrilled to partner with Full Swing to enhance my performance on the course and provide fun entertainment for family and friends,” said Snedeker. “Full Swing really does offer an unparalleled indoor golf and entertainment experience that has not only become an essential component of my off-season training, but has been a fun addition to our house and a great new family activity!”

One of the most respected coaches today, Cameron McCormick began teaching in his home country of Australia in 1998. Since then, Cameron has become the most sought-after coach, at the highest levels of competitive golf, being named the PGA Teacher of the year in 2015. McCormick is most well-known for coaching 2015 Masters Champion, 2015 U.S. Open Champion and two-time USGA Junior Amateur Champion Jordan Spieth, since he was 12 years old. His clients, past and present, include over 13 PGA, Web.com and LPGA Tour players, 10 of the top 100 players in the World Junior Golf Rankings & 4 of top 100 players in the World Amateur Golf Rankings.

“Over the past few years, Full Swing has established itself as the leader in the sports simulation category in accuracy, playability and reliability,” said McCormick. “I am very grateful for the opportunity to partner with Full Swing and look forward to incorporating the feedback provided by their innovative technology into my instruction and coaching philosophy.”