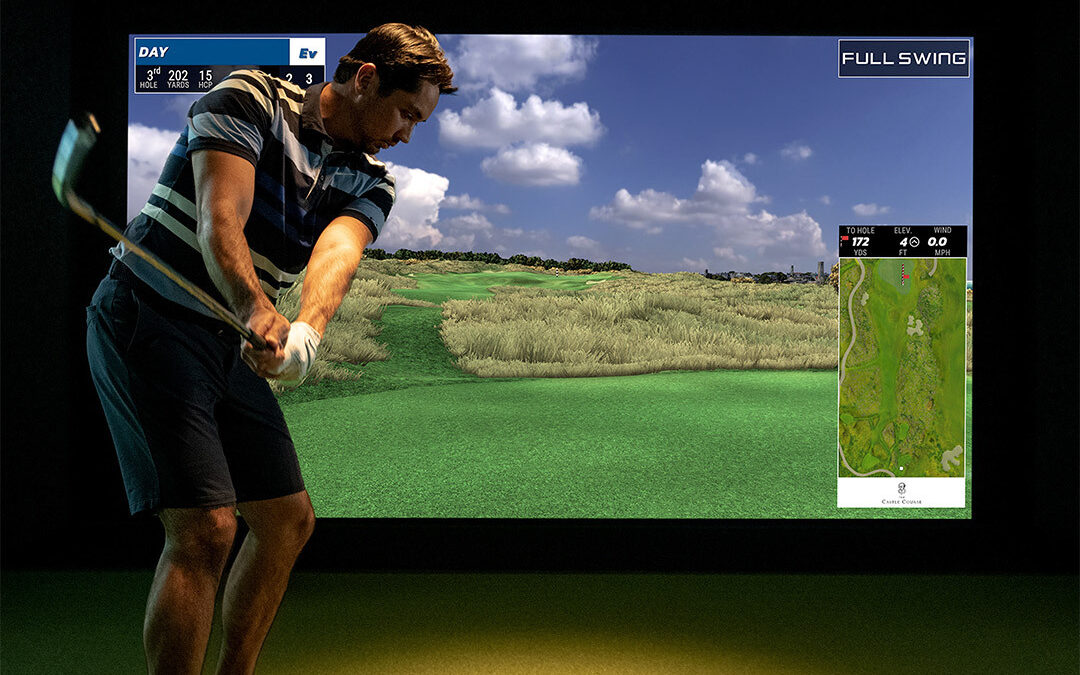 Q: How will your Full Swing simulator help you prepare for each Tour season?

Day: Living in Ohio full time, my simulator will become a crucial part of enhancing my game year-round. Full Swing’s dual tracking technology gives me the most accurate data points to improve my game all while in the comfort of my own home (my family also loves watching movies on the big screen!). I’m in the final stages of completing my performance center at my home. My simulator is a big piece of staying sharp and being educated about the evolution of all phases of my golf swing.

Q: How do you feel with the Presidents Cup right around the corner?

Day: The Presidents Cup is something I constantly look forward to, especially with how close we were in 2015 to winning the Cup. Now that the teams have been finalized and the event is here, it’s about getting in the right frame of mind to have success out there as a team. I think the guys are really motivated to win. A key for us will be to use our excitement and motivation to come together as a team in order to take home the Presidents Cup. Obviously, it’s going to be a tough challenge dealing with an intense crowd and playing against a tough American Team. We are looking forward to the event.

Q: You have played in a few Presidents Cups events in your career. What is it going to take for the International Team to overcome the U.S. team this time around?

Day: Team unity plays a huge role in match play, and it is up to everyone to pull together throughout the entire competition. Whether that is two guys combining well, or the whole team combining well. If you talk about the whole team, good chemistry can lift every player’s game and inspire every player on that team. I just think that team feel – do you want to win for your teammates more than the other team wants to win for their teammates – that’s the key.

Q: You’re the “away” team at Liberty National. What sort of environment are you expecting?

Day: In an International competition like the Presidents Cup, the rivalry and fan support for the home team is intense. However, most of the guys on the team are used to playing in front of American crowds and have Presidents Cup experience. Hopefully we can step up and manage to win our first Cup.

Q: What do you make of Marc Leishman’s impressive play over the last few weeks, including his win at the BMW Championship? How does this help the International Team?

Day: It was so great to see Marc win. He is a great driver of the golf ball, he has a good iron game and a great short game. He showed great motivation and commitment to playing his game last week, and his win is also great motivation and very timely for our team. Marc is a close friend. We are expecting big things from him in order for our team to have success.

Q: Having previously played in the Presidents Cup, and formerly being ranked world number 1, you are viewed as a veteran leader and stalwart player for the International Team. In your mind, what are some of the most important things for some of the younger players and rookies to know before the event?

Day: I think it is very important that the rookies and young guys are patient with the process and all that goes on off the course. It can be distracting but the focus must remain on the competition.